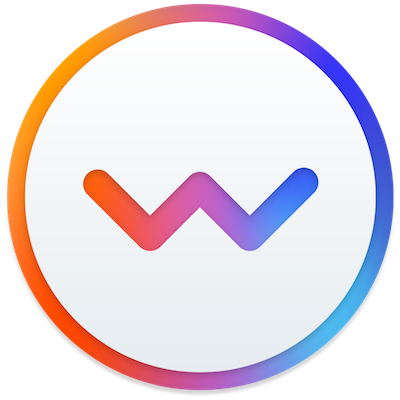 WALTR 2 is a revolutionary way to transfer files in any format to iPhone, iPad and iPod.
One of the constant criticisms of iOS is the “complexity” of transferring media content to devices. This complexity, of course, is greatly exaggerated, you do not have to be seven spans in your forehead in order to perform the usual drag-n-drop, and in the case of purchasing licensed content in iTunes – it is still easier. But with WALTR, everything becomes simple to the point of triviality, because it allows you to throw any content, including unsupported content, onto your device in one motion.
WALTR supports a huge variety of media file types, including MP3, MP4, AVI, WMA, M4R, AAC, M4V, M4A, FLAC, ALAC, MKV, and more.

- The WALTR 2 application can work with almost any Apple device, starting with iPod Classic, released in 2001, and ending with the latest iPhone 7 and iPad Pro. - WALTR 2 has a special algorithm that automatically recognizes music, movies and TV shows. The application can find and add covers, titles, genres, episode descriptions and other supporting information when transferring files. - WALTR 2 works on a special patented technology that converts unsupported file formats on the fly to transfer to iPod, iPhone and iPad. Moreover, this algorithm has all the important features: there are no quality losses, and the process itself occurs very quickly. For example, if you connect via cable to transfer a 2 GB file with conversion, it will take only a minute. - Speaking of cable, if it’s not an iPod without a Wi-Fi module, WALTR 2 can now transfer files “over the air” without having to connect a smartphone or tablet to a computer with a cable. The only thing to consider is that devices must be connected to the same network. - WALTR 2 now has even better support for various file formats. In particular, it is now possible to transfer UHD video and files in .SRT and .ASS formats for playback in the Video application to Hi-Res Audio devices in the Music application. - The developers also provided compatibility of the transferred tracks with Apple Music. And with WALTR 2 you can set ringtones lasting more than 30 seconds, for this you need to copy the full tracks in the M4A format to the iPhone, simply changing the file extension to M4R. - Another innovation relates to support for the iBooks application. WALTR 2 now also allows you to transfer books to EPUB and PDF formats, as well as M4B audio books to mobile devices. By simply dragging and dropping files into the program window, your mobile library will be replenished. Source and in more detail at www.iguides.ru • Video formats: MKV, AVI, MP4, MOV, MPEG, m2ts, 3GP, WMV, H264, H265 • Audio formats: MP3, FLAC, APE, ALAC, AAC, AIFF, WAV , WMA, OGG, OGA, WV, TTA, DFF • CUE sheet support (automatic breakdown of a single file into multiple tracks) • M4R Ringtones (includes support for ringtones over 30 seconds long)