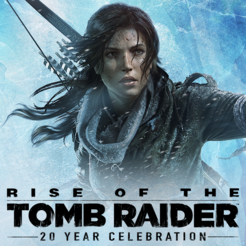 Discover the legend within.

Before you buy, please expand this description and check that your computer matches or exceeds each of the requirements listed.

In the breathtaking sequel to Tomb Raider, Lara Croft becomes more than a survivor as she embarks upon her first great expedition to explore the earth’s most ancient and remote regions and uncover the secret of immortality.

Harness Lara’s growing talents in a dramatic action-adventure ranging from Syria’s sun-baked ruins to Siberia’s frozen mountains. Play as the young archaeologist as she conquers tombs, outpaces rivals, and establishes her legend.

Important information regarding Rise of the Tomb Raider:

The game is officially supported on the following Macs. To check your Mac model and when it was released, select About This Mac from the Apple menu on your menu bar.

The following Macs are capable of running the game but do not consistently meet the standards required for official support.